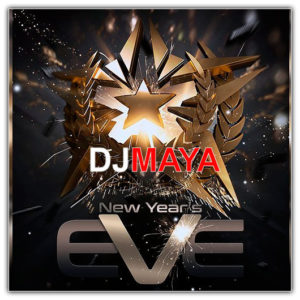 It’s the release of the year! DJMAYA releases his 1 1/2 hour mix of the hottest tracks of 2016. This is the mix you want to start playing at 10:30PM no matter where you are in the world to start your New Years eve countdown. Stay tuned for the post where he releases the mix and download link.

Yes, now you can follow him from the nightclub to the gym. This mix is nothing but 130 beat per minute pure HEAT coming through your headphones to POWER you through your workout.

It’s available to listen to now for free by following this link to DJMAYA’s official website. It will be available for purchase and download shortly for $2.99 at DJMAYA’s online store. DJMAYA will be donating 100% of the proceeds from your purchase to charity, specifically targeted to childhood cancer.

DJMAYA is asking everyone to listen to this mix, open their heart this holiday season and contribute to charity. By purchasing this mix you will get a great workout and help a child somewhere in the world.

“Have a happy and safe holiday season!” – DJMAYA

“Thanks DJ MAYA..Had my football crew dancing during halftime as we watched the Raiders game.”

DJMAYA reply: Thanks Monica. Now we know that if the halftime entertainment at NFL games isn’t cutting it my DJ Club Night Mixes can save the party!

DJMAYA Makes People Dance Even When They Are Seated!

“This “OG “DJ had me moving and dancing in my seat… Keeping it sexy HE ROCKS!!!!!!! DJ Robert Maya in the building.”

Every day DJMAYA sends out a special surprise greeting to all of his Facebook fans worldwide who are celebrating their birthday. It’s a special track that he has selected to get their day going with the energy they will need to enjoy it to the fullest. Here’s a reaction from one of his fans:

Here’s the track they hear when they respond to his greeting. Just click the play icon to hear this very cool birthday track:

How To Create an Awesome Nightclub/Event Flyer

The Making of a Nightclub/Event Flyer

A successful nightclub will do two things: It will provide necessary information and it will get people excited. When someone picks up a flyer for your event, you want them to feel anticipation. But what are the ingredients to creating a great flyer, and how do you put them together effectively?

This brief tutorial will provide you with useful tips for making a nightclub flyer. I used Adobe Photoshop CS5, but these tips are easily applicable in whatever graphics editor you use. People will be pounding on the doors to get in if you use these tips.

Getting to know your audience will help you make a much more effective flyer. What kind of audience do you want to attract? What is the age group? Their general interests and tastes? Ask yourself these questions in the course of the planning stage. A well designed flyer is one that is made specifically for the people you are trying to appeal to.

I started by creating a blank 8 inch by 11 inch document.

The visual side of your flyer must be as eye-catching as possible. Graphics grab the audience’s attention and draw them in.

I selected a dance photo and a colorful texture and then proceeded to combine them using the Lasso tool to detach the girl from her blank background. I then pasted her in front of the texture.

Next, I duplicated the girl’s layer and modified its blend mode to Overlay to emphasize the colors.

A nightclub flyer should really stand out, so pick high-quality images that will look good together.

Step 3. The importance of effects.

For this flyer, I used the Pen tool and a soft brush to draw dots and strokes around the girl. Then I created the shiny effects by duplicating the layers and changing their opacity and their blend mode to Screen.

I also applied an outer glow around the girl with layer styles.

A person’s attention span is short, so just a few lines of text will be enough. Include all the essentials, like place, time, contact information and sponsor names. Don’t forget to choose an engaging headline!

The arrangement of each element must be functional. Since visuals are the focus of the flyer, ensure they are prominent in your layout.

Headlines should also be striking, so make them big and arrange them accordingly. Other details, like sponsors and contact information, should also be visible, but they can be given a secondary placement.

Select just a few fonts and stick to a coherent color palette. Use your pictures as a reference to know which colors to pick.

And this is the final version of our flyer:

Your audience should come first.

The secret to a powerful nightclub flyer is mind-blowing visuals, simple and captivating wording and sleek design. Tickling your audience’s fancy is the key to your success.

Make sure you check with your printer before sending them the file to ensure you’re sending the right file type and that they can handle your order.

Looking for another place to keep tabs on DJMAYA?

Just head on over to his Facebook Fan Page at: 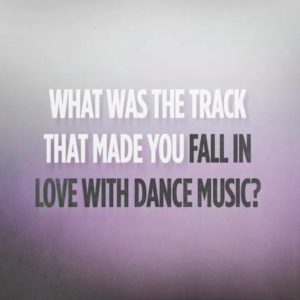 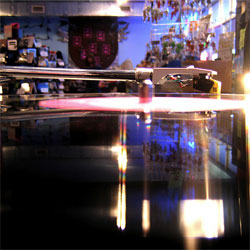 The Life of a Professional DJ 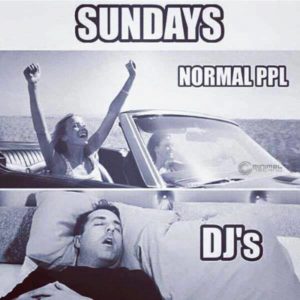 Now you know the true story! It’s not always as glamorous as it appears to be. I know.

So you still want to be a professional DJ?